A device for infusing air into a liquid. An aerator on the tip of a water faucet is an example. Some dishwashing faucet adaptors may also have this function.

A device for stirring or shaking a substance. Typically used to move garments through detergent-laced water. A GYRATOR is another name for a GYRATOR.

Appliance that regulates air temperature and, as a result, lowers humidity.

To regulate the flow of gas to a gas oven burner, an electrically driven valve that opens and shuts using a bimetal. It is also known as an oven safety valve.

A device made of two different metals that are bonded together to produce a single metal strip. When heated or chilled, each metal expands differently in response to temperature change, causing the single metal strip to bend. This movement may function as an actuator in a variety of switches.

The amount of heat energy necessary to elevate one pound of water by one degree Fahrenheit.

By comparing anything to a standard, you may inspect, amend, or determine it: calibration of a thermometer

A spinning surface with rises and falls that opens and shuts timer switches.

A metering device used in a sealed system to regulate the flow of refrigerant. It is often made up of many feet of small-diameter tubing.

A conduit for electrical current to go from the power source to the place of usage and back.

A safety device that opens a circuit if it is overloaded.

An evaporator in the refrigerator compartment that defrosts when the thermostat is turned off.

A switch that regulates an electric current in reaction to temperature changes. A THERMOSTAT is a more formal term.

The lack of heat. A refrigeration product does not contribute cold to the environment; rather, it removes heat.

An electromechanical device that circulates refrigerant through a refrigeration system in order to transfer heat.

When heated air is cooled, moisture is retrieved from humidity.

An electromechanical device that forces air through a condenser to help in heat transfer.

The component of a refrigeration system in which a high-pressure, heat-latent gas is condensed into a liquid by heat transfer to the surrounding air.

A kind of refrigeration equipment in which a section of the evaporator, often the chill-plate, defrosts when the thermostat is turned off.

A cycle is a set of events that tend to recur in the same order.

When a certain temperature is attained, a bimetal switch opens the electric circuit to the defrost heater. The defrost cycle will continue until the timer progresses into the cooling cycle, at which point the heater will be turned off. Once a predetermined cooler temperature is achieved again, this thermostat will be returned to the closed position. A DEFROST LIMIT SWITCH is another name for it.

An electromechanical clock mechanism that shifts from cooling to defrost on a regular basis to eliminate frost from the evaporator. A compressor run time of 6 – 12 hours is typical, with a defrost time of 20 – 30 minutes.

A device that uses a refrigeration technology to collect moisture from the surrounding air. A fan draws warm moist air over the chilly evaporator, causing water vapor to condense on the coil and fall into a container. The cooled air is then sent through the condenser, where it is warmed before being returned to the environment.

A robust or flexible substance used to produce a leak-proof seal between mating surfaces. DOOR GASKET is another name for it.

During a defrost cycle, a pan-shaped panel is utilized to collect condensate from the evaporator. It is often found over a condenser coil or on top of the compressor. CONDENSATE PAN is another name for it.

A trough-shaped panel used to direct defrost condensate from the evaporator coil to the drain tube, which leads to the drain pan.

A pan-shaped panel that collects drips, spills, or condensate.

REFRIGERATOR-A switch that, when engaged, opens a circuit to an electric cabinet perimeter heater, allowing it to be turned off and saving energy.

AIR CONDITIONER-A switch that, when triggered, permits the thermostat to cycle the fan motor on and off together with the compressor.

The component of the refrigeration system in which the refrigerant evaporates and absorbs heat from the surrounding environment. It is often wrongly considered to be the moment at which the condensate water evaporates in the drain pan.

A male connection that connects to a water faucet to enable a female connector (dishwasher unicouple) to connect. This device, which may or may not have an aerator, is often referred to as a TAP ADAPTOR.

An electromechanical device that allows water to flow by opening a valve. The electric current creates a magnetic field in the solenoid coil, which propels a metallic plunger. The plunger is connected to a diaphragm, which causes the valve to open. Also known as a WATER VALVE or WATER FILL VALVE.

A device that has screens and absorbent material through which refrigerant gas is circulated to eliminate moisture that would be harmful to other components and the operation of a refrigeration system.

A device that contains a porous material or is made of a porous substance through which a liquid or gas is circulated to separate suspended particle matter. Activated charcoal, polypropylene, and HEPA are common filter materials (high efficiency particulate air [filter]).

DuPont’s brand name for a group of synthetic chemical refrigerants. Occasionally referred to as FreeZone.

A kind of appliance that uses a timing device to defrost itself automatically.

A fuse is a kind of safety device that protects an electric circuit against overcurrent. It is made out of or includes a metal filament that melts when the current surpasses a certain amperage, opening the circuit.

A robust or flexible substance used to establish a leak-proof seal between mating surfaces. A SEAL is another name for it.

Revolving around a fixed point or axis

A kind of energy that causes things to heat up when it is added to them.

A free-wheeling (unpowered) pulley used to tighten a dryer or washing machine belt.

When a current is supplied to a solid state semiconductor, commonly constructed of Carborundum, heat is produced. In most cases, it is used to ignite natural gas or propane in heating equipment such as stoves, dryers, and water heaters.

A control that regulates the amount of heat produced by an electric range surface burner. It does this by rapidly cycling the voltage on and off in order to reach an intermediate range (e.g. at medium it may supply 100 percent voltage for only 50 percent of the time it is switched on). It does not, as some people believe, work like a rheostat and lower the voltage to minimize the amount of heat created.

The thermal energy absorbed during the process of changing a substance’s state (for example, from solid to liquid, liquid to gas, or vice versa) without affecting the temperature or pressure.

A refrigerator that lacks a mechanical defrosting mechanism and must be defrosted manually. This sort of appliance typically has one large outside door and a little door on the interior that covers the evaporator box.

An device that employs microwaves (radio waves in the microwave spectrum) to produce heat in food by creating friction at the molecular level.

A high-frequency electromagnetic radio wave that exists between the wavelengths of infrared light and short-wave radio.

A plastic piece used to fill the gap between the inner and exterior cabinets of a refrigerator or freezer. A BREAKER STRIP is another name for it.

In humid conditions, an electric heater is put within the mullion to prevent moisture from accumulating.

Between two doors, the stationary section of a construction.

An electric switch that detects temperature or current (amperage) to halt a unit’s functioning if a harmful situation occurs.

OZONE is a kind of oxygen (O 3) that is often created from the discharge of electricity in air.

An electric switch that is triggered by air pressure. This gadget monitors air pressure put on it through a flexible tube that connects it to a section of a water tub. When actuated, this switch closes an electrical connection, preventing the machine from being filled further. Also known as a WATER PRESSURE SWITCH or WATER LEVEL CONTROL.

A PUMP is a mechanism or device that moves or compresses fluids or gases.

A material used in a refrigeration system to absorb heat in the evaporator coil by changing its state from liquid to gas, and to release heat in the condenser when the substance returns from the gaseous state to liquid. See also Freon.

An appliance intended to transmit heat from the cabinet’s inside to the outside.

When the flow of current changes or an external current is supplied, an electromechanical switch diverts the current.

A silver-alloy solder with a silver content of 5-15 percent. It can tolerate high pressures and is used to solder copper to copper connections in refrigeration systems.

A silver-alloy solder having a silver percentage of 35% or greater. Used in couplings between copper and steel tubes to handle high refrigerant pressures.

When electricity is applied to an electromechanical device, it generates a magnetic field that causes an internal metallic plunger to move. When the power to the electromagnet is turned off, the plunger is free to move due to other forces. This plunger may be connected to other mechanical devices (levers, seals, etc.) to do mechanical work.

When the flow of current changes or an external current is applied, an electrical switch diverts the current. A TRIAC is another name for a TRIAC.

A male connection that connects to a water faucet to enable a female connector (dishwasher unicouple) to connect. This item, which may or may not have an aerator, is more appropriately known as a dishwasher FAUCET ADAPTOR.

Therm-O-Disc, a subsidiary of Emerson Electric Co., is a maker of temperature sensors, temperature controllers, and electrical switches for the appliance, HVAC, automobile, and commercial sectors. Probably most famous for their bimetal disc thermostats.

A mechanical electric switch that responds to temperature changes through a bimetal actuator.

A switch that regulates an electric current or the flow of a liquid or gas in reaction to temperature changes.

An electric circuit’s on and off timings are controlled by a mechanism. See also DEFROST TIMER.

When the flow of current changes or an external current is applied, an electronic relay diverts the current.

A device used to connect a portable dishwasher or washing machine’s fill and drain hoses to a faucet (tap) adapter fitted on a sink faucet – Unicoupler.

An electric switch that is triggered by air pressure. This gadget monitors air pressure put on it through a flexible tube that connects it to a section of a water tub. When actuated, this switch closes an electrical connection, preventing the machine from being filled further. A PRESSURE SWITCH is another name for it.

An electromechanical device that allows water to flow by opening a valve. The electric current creates a magnetic field in the solenoid coil, which forces a metallic plunger to move. In turn, the plunger opens the valve. A FILL VALVE is another name for this kind of valve.

A heater (either electric or part of the condenser tubing of a refrigeration system) that is commonly positioned around the front perimeter of a refrigerator cabinet to keep it warm and prevent condensation from developing. 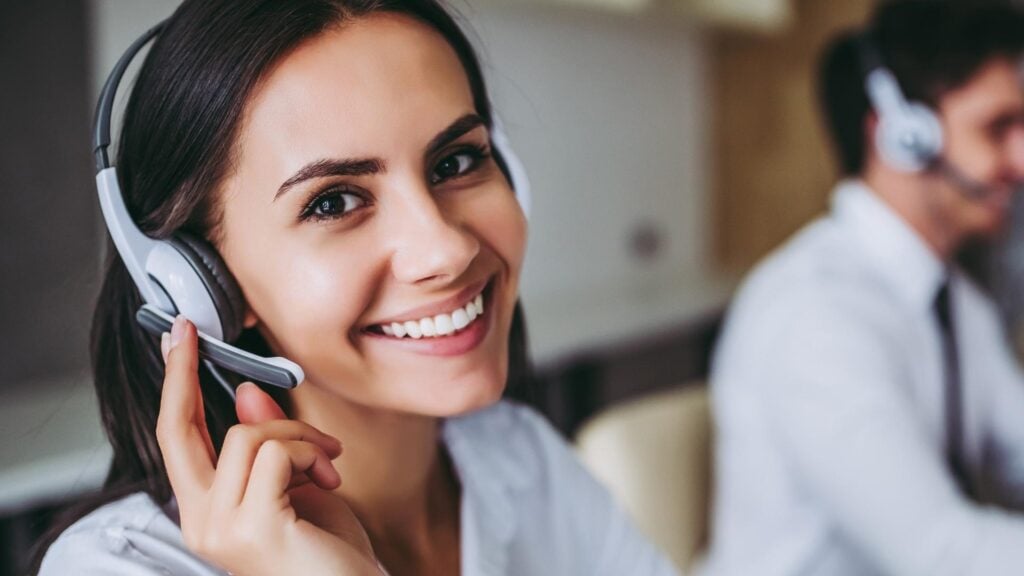